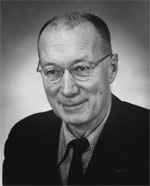 Jan Burgers grew up, together with his brother, the crystallographer W.G. Burgers, in a remarkable parental home in Arnhem, The Netherlands. His father, a post-office clerk, had been able to become a self-educated amateur scientist who gave public lectures on physics and assembled a large collection of scientific instruments, among others a good microscope that he had received from his wife as a wedding present.

In 1914, Burgers entered the University of Leiden, where he came to know Hendrik Lorentz, Heike Kamerlingh Onnes, Albert Einstein, and Niels Bohr and was part of a group of students of P.T. Ehrenfest that included D. Coster, H.A. Kramers, and D.J. Struik. Burgers, the first of Ehrenfest's students in Leiden to complete a Ph.D. thesis (1918), wrote his dissertation on the Rutherford-Bohr model of the atom, completing Ehrenfest's work on the connection between the Bohr-Sommerfeld quantification rules and the adiabatic invariants of classical mechanics.

At the age of 23, before receiving his Ph.D. degree, Burgers was appointed as Professor in the Department of Mechanical Engineering, ShipbuiIding and Electrical Engineering at the Technical University in Delft, where he founded the Laboratory of Aero- and Hydrodynamics. It was probably without precedent that a professor was appointed in a field of study that was practically incognita for the appointee. However, the nominating committee could base its recommendation on the warm appreciation of Ehrenfest, his Ph.D. advisor, the admiration of Lorentz for Burgers’ essay on Rutherford's hypothesis concerning the structure of the atom (for which Burgers had won a prize from the Taylor Society) and the testimony of Kamerlingh Onnes that Burgers was a person who could be entrusted with any task he would feel called upon to make his own. In his characteristically modest account of his early years in Delft for the Annual Review of Fluid Mechanics (Vol. 7, 1975), Burgers wrote that one of his reasons for accepting the position in Delft was his fear of “having insufficient fantasy for making fruitful advances in Bohr's theory”.

While at Delft, Burgers quickly became one of the world's leading authorities on fluid dynamics. His first work was devoted to Oseen's theory of flow at low Reynolds numbers and its connection with Ludwig Prandtl's work on air­foils. In 1921 he met Theodore von Kármán, with whom he had a long and close professional and personal association that stimulated his work on turbulence. In this field he was a pioneer in using the hot-wire anemometer to probe velocity fluctuations in turbulent flows. His work on the theory of tur­bulence was devoted in large part to developing a statistical theory of turbulence and to treating theoretical models of turbulent flow. In this connection he studied what has now become known as the Burgers' Equation, which is a one-dimensional, nonlinear partial differential equation similar in structure to the Navier-Stokes Equation for the dydrodynamic velocity field, now used also extensively in condensed matter physics and in cosmology.

In addition to his work on turbulence during his years in Delft, Burgers collaborated with his brother in work on dislocation in crystal lattices; in 1939 he introduced the Burgers’ vector, which is a measure of the strength of a dislocation in a lattice. He also studied the fluid dynamics of dilute poly­mer solutions and wrote some of the fundamental papers on the intrinsic viscosity of suspensions. This work, like those on turbulence and on dislocations, provided the foundation for much subsequent work on this topic.

In 1955, at age 60, Burgers left Delft to join the faculty of the University of Maryland. There he developed his interest in the relation of the Boltzmann Equation to the equations of fluid dynamics. His book Flow Equations for Composite Gases (1969) represents some of his work during that period. His studies in plasma physics, shock waves, and related phenomena were recognized at his retirement by a symposium and volume, The Dynamics of Fluids and Plasmas (1965), edited by S.-I. Pai. At age 79 he published a book on The Nonlinear Diffusion Equation.

In addition to his purely scientific work, Burgers found the time to work on subjects of wider social and/or philosophical interest. He always was trying to find ways to use science to improve society, and he had a deep interest in the most fundamental problems—the structure of the universe and the origin and proper description of life. His preoccupation with such philosophical issues led him to the writings of A. N. Whitehead, whose ideas he tried to develop in his own book, Experience and Conceptual Activity (1965).

Jan Burgers was an exceptionally kind and thoughtful man. He took seriously anyone who presented an idea to him, and he devoted a large fraction of his time to trying to understand new ideas and new developments. His devotion to both science and society is an inspiration to all of us at the University of Maryland.