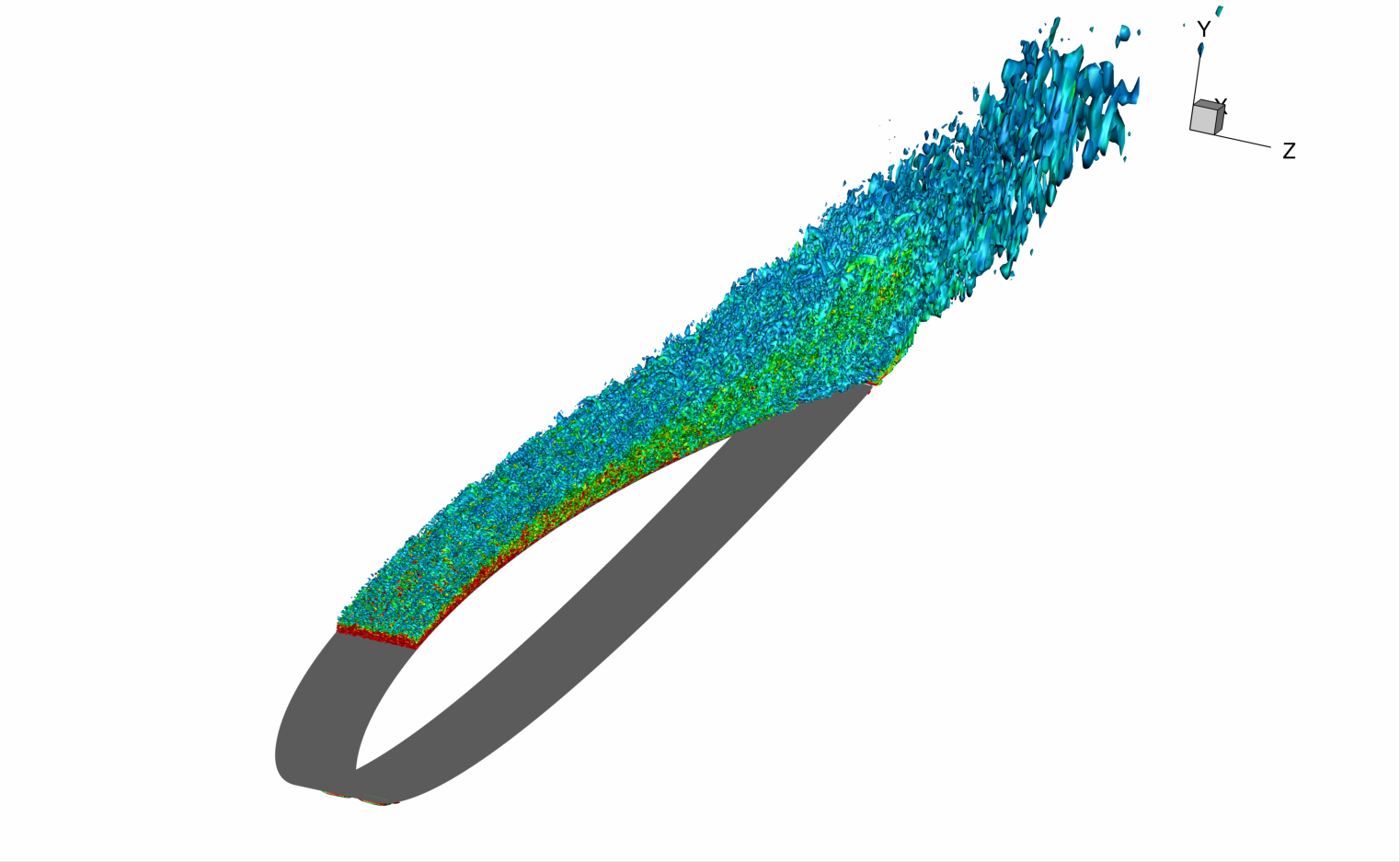 We work on computational turbulence, both using large-scale computing resources to study turbulent flows and developing new algorithms and models for predictive computations of realistic turbulent flows. Much of our work is centered on large eddy simulations, including the development of grid-adaptation techniques, approximate models for near-wall turbulence, and methods to compute approximate sensitivity information for use in uncertainty estimation or optimization. We study turbulent flows at all flow regimes, but with a specific emphasis on supersonic and hypersonic flows.

I study the geophysical fluid dynamics of the ocean and atmosphere using theory, high-resolution numerical simulations, and observations. A particular focus of my work is on the ocean submesoscale (horizontal scales of ~0.1-10 kms), where both planetary rotation and nonlinearity affect the dynamics. These scales are well below what we can currently resolve in large-scale climate models, but are believed to play a critical role in ocean biogeochemistry, as well as the exchange of energy from the large-scale circulation to turbulence.

Surface vertical relative vorticity from a high resolution simulation of a portion of the Mid-Atlantic coast, nested down from a larger regional simulation. The strong jet of the Gulf Stream can be seen separating from the coast at Cape Hatteras, spawning an active eddy field offshore. The vorticity colorscale is normalized by the Coriolis frequency, f, giving a measure of the importance of nonlinearity in the flow, with O(1) values indicating processes in the submesoscale regime. 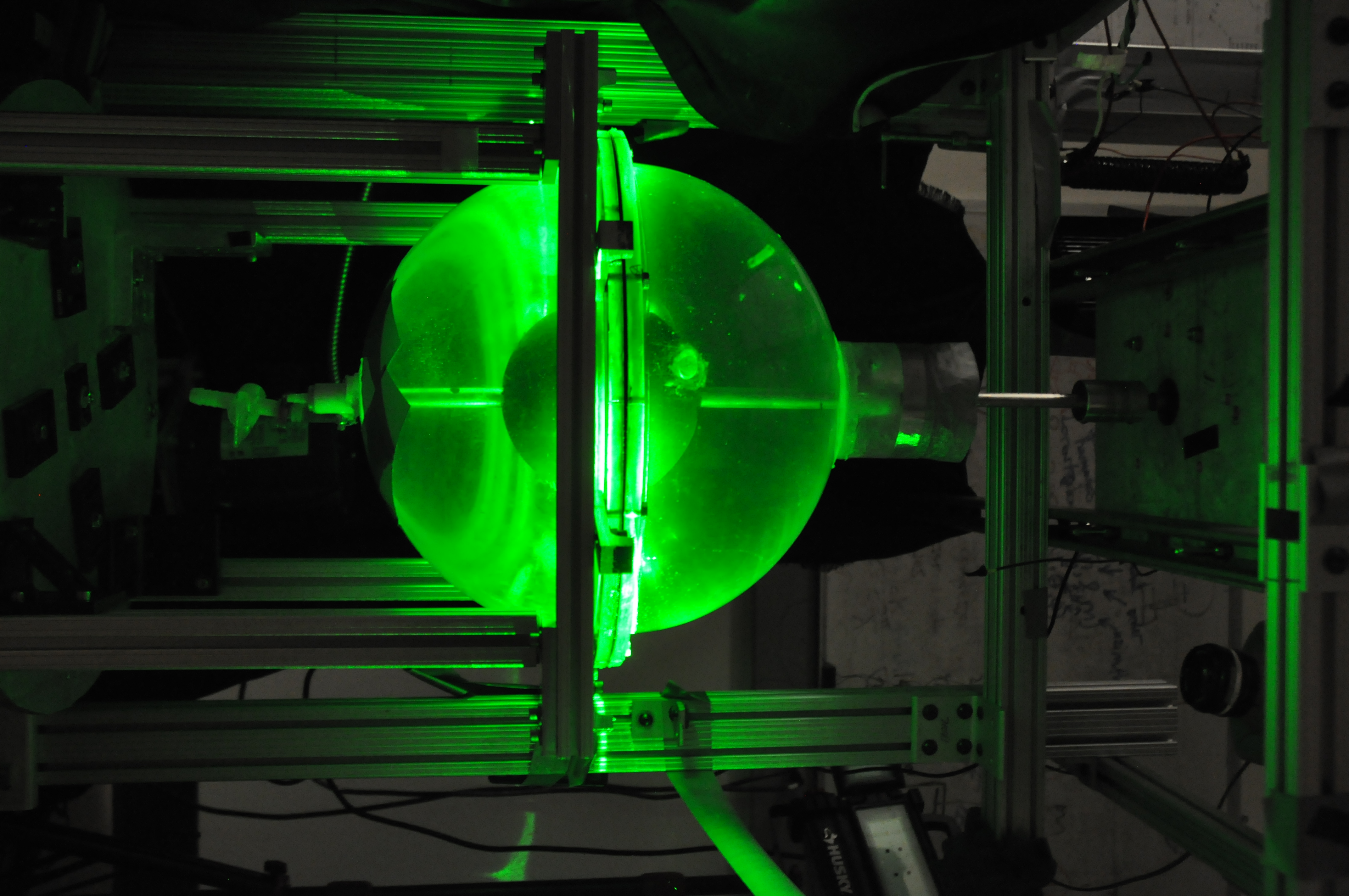 The Lathrop research group is a team of undergrads, graduate students, and postdocs working together to explore turbulence using a combination of experiments, mathematical modeling, and machine learning data analysis and prediction. Our main current interest is turbulence at the Earth's core and its effects on our planet's magnetic fields. We've built a stainless steel spherical Couette experiment of 3 meters in diameter filled with liquid sodium and equipped for magnetic field and torque measurements. Independent rotation of the inner and outer spheres has given us rich data about the flow resulting from Earth-driven precession, turbulent bi-stable states in spherical Couette flow, and the emergence of magnetic field gains in turbulent liquid metals. Using this experiment, we have made the first observation of inertial waves excited by differential rotation in a planetary geometry.

Currently, we are developing computer/math simulations of our 3-meter experiment that rely on data assimilation in order to better predict its dynamics. We are also modifying the experiment to add more diagnostics tools, and also roughen the inner sphere with baffles. The upgraded setup will amplify the turbulent flows in the liquid sodium, giving us access to parameter spaces more likely to result in self-sustained magnetic fields. This will more closely mimic the Earth's
magnetohydrodynamics and could give us a more accurate model of our planet's behavior. 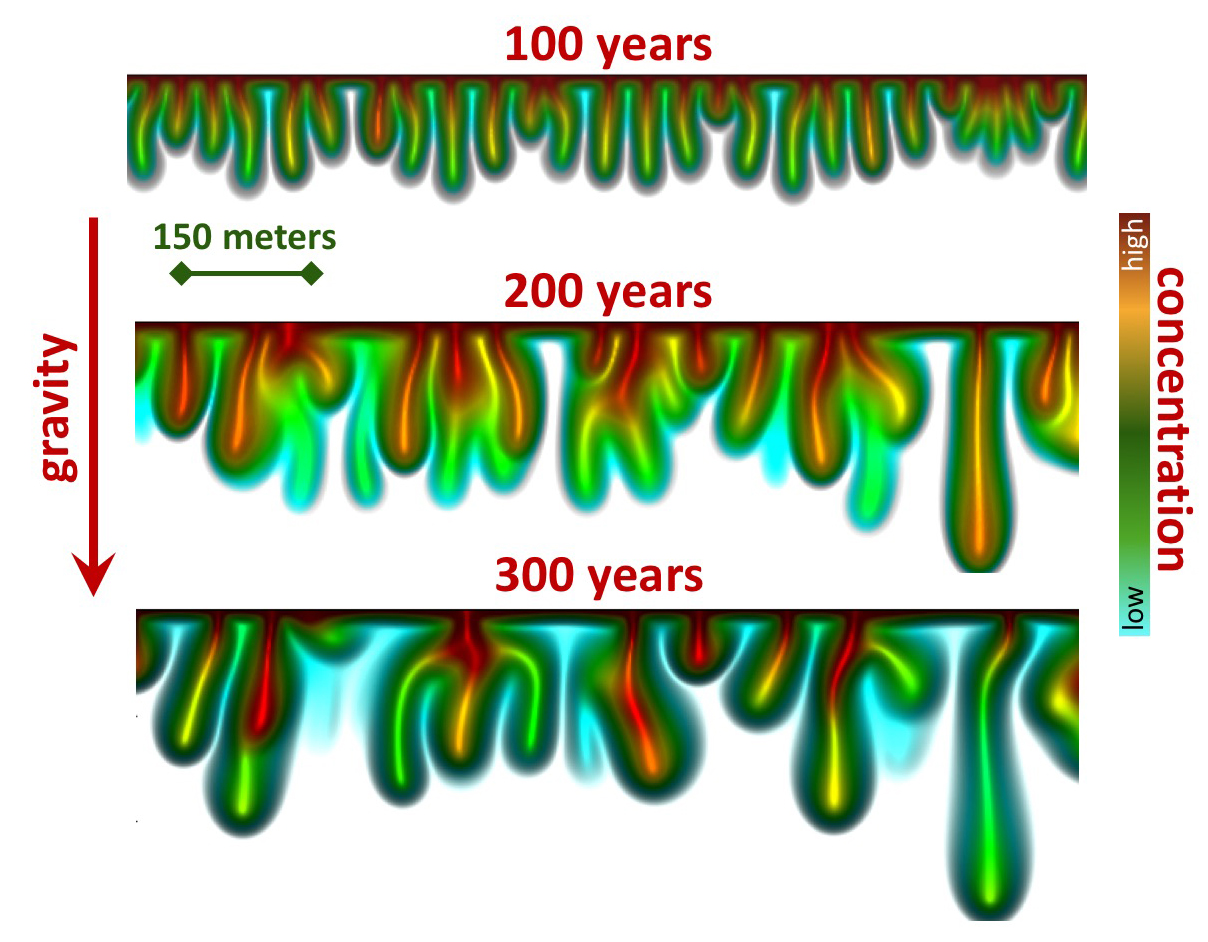 My lab focuses on the modeling and simulation of multiphase flow. Students and postdocs in my lab work at the nexus of fluid-dynamic instability and non-linear analysis using parallel DNS, SPH and Lattice Boltzmann methods. We study phenomena ranging from flow stability in porous media, capillary tube and Hele-Shaw cell to thin-film evaporation in microchannels, boiling in micro-gravity, fluid-structure interaction for elastic solids and soft soil locomotion. We develop computational methods for accurate treatment of interfacial physics in fluid-fluid and fluid-elastic solid interactions and topology preserving advection of implicit surfaces.

The main objectives of our research are to bring a fundamental understanding of the physical and chemical processes that control fire phenomena and based on this understanding, to develop improved models and algorithms for the fire simulation software packages used by practicing engineers. Our research approach consists in performing high-resolution Computational Fluid Dynamics (CFD) simulations of different configurations of interest, ranging from research-level configurations studied in the laboratory at flame-scale to engineering-level configurations studied in the field at system-scale. Our research scope includes building fires and wildland fires. The simulations are performed using research-community-shared CFD solvers that are typically based on a Large Eddy Simulation approach and provide high-fidelity descriptions of turbulence, combustion, soot formation, radiation heat transfer as well as evaporation/pyrolysis processes occurring in the liquid/solid fuel sources. The simulations are also performed through access to large-scale computer power based on high-performance scientific computing technologies.